Where to find us

"The TORION is in a different league." 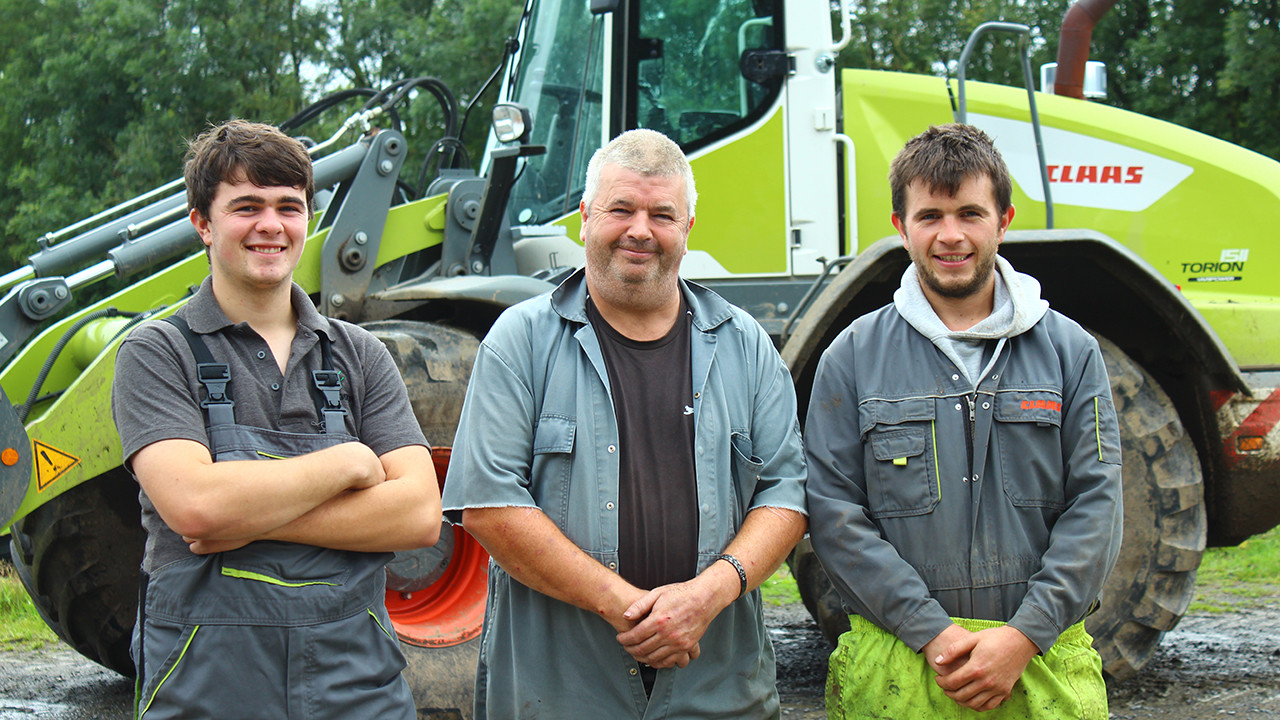 Based near Carmarthen in South Wales, Martin Lewis and his seven strong team, including sons Thomas, Matthew and Jack, harvest around 1400ha of grass silage and 100ha of whole crop, taking up to four cuts on some farms. Previously to keep on top of the clamp work, in addition to a wheeled loader, this often had to be supported by a tractor and buckrake, this year using their 14-month old ARION 650.

We have dealt with RIVERLEA for about 30 years, so when we had a puncture on our loader during early second cut, knowing that RIVERLEA had a demo TORION, I gave Paul (Rogers) a call to see if I could borrow it for the weekend.  When it arrived in June the TORION had just 180 hours on the clock, but in three months we are already now up to 560 hours.

In good going we can be clearing 10ha an hour, which made Philip sweat a bit and need help as he’d no time to roll and we have also looked at using compacting rollers. But that’s totally changed now with the TORION. It’s a hell of a machine and saves the cost of an extra tractor and man on the job. It’s pushing power is phenomenal and will clear a trailer load in two and a bit goes, so he has plenty of time for compacting. On one farm we were working alongside the customer’s own forager, with seven trailers on the go and the TORION was still on top of the job.

Philip loves it. He’s far more relaxed and we would certainly never go back to what we had before. It’s built like a tank. The build quality and even the paint finish is so much better. You see Liebherr’s in quarries with 40,000 hours on them, and that’s certainly reflected in the TORION. The lift capacity and manoeuvrability are brilliant; for muck handling it will be excellent.

Find out more about us